"The variability among living organisms from all sources, including land, marine and freshwater ecosystems and the ecological complexes of which they are a part; this includes diversity within species (including genetic diversity) between species and of ecosystems (based on the definition of the Convention on Biological Diversity) 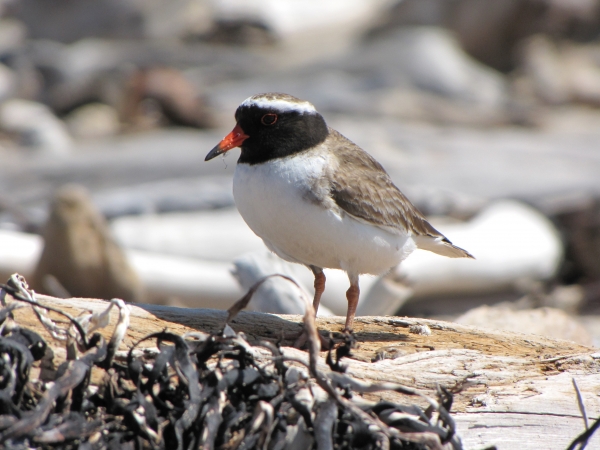 “Biodiversity can be split into six major groups of organisms: archea bacteria (microbes with no cell nucleus), eubacteria (e.g. E.coli), protists (e.g. water moulds, diatoms, seaweed), fungi, plants and animals. When we consider ‘biodiversity’, it is important that we include all organisms, their interactions with other organisms (biotic) and their interactions within a specific ecosystem and or between ecosystems (abiotic).”

Our glossary of English and Māori words and terms used in the Biodiversity Strategy provides an insight into what is important about this work.

Biodiversity: the variability among living organisms, and the ecological complexes of which they are a part, including diversity within species, between species, and of ecosystems.  It is a compound word - 'bio' (life)  + 'diversity'.

Biodiversity loss or decline: where a natural site has been degraded, modified or removed for the purpose of social, economic or cultural gain, or through natural changes.

Climate change: the change in climate of New Zealand on the scale of years, decades, centuries and longer periods of time.

Convention on Biological Diversity: an international agreement on biological diversity that came into force in December 1993. The objectives of the Convention are: the conservation of biological diversity; the sustainable use of its components; and the fair and equitable sharing of the benefits arising out of the use of genetic resources.

Ecosystem: any system of interacting terrestrial (land) and/or aquatic (water) organisms within their natural and physical environment.

Ecosystem services: the interactions between organisms and the physical environment, such as in nutrient cycling, soil development and water budgeting.

Endemic species: an indigenous species which breeds only within a specified region or locality and is unique to that area. New Zealand endemic species include birds that only breed here, but which may disperse to other countries in the non-breeding season or as sub-adults.

Habitat: an area with the appropriate combination of resources - such as, food, water, nesting sites, shelter - and environmental conditions - such as, temperature, humidity or shade - for the survival of a species.

Healthy ecosystem: an ecosystem which is stable and sustainable, maintaining its organisation and autonomy over time and its resilience to stress.

Indigenous species: a plant or animal species which occurs naturally in New Zealand. A synonym is ‘native’.

Invasive species: an animal pest or weed that can adversely affect indigenous species and ecosystems by altering genetic variation within species, or affecting the survival of species, or the quality or sustainability of natural communities. In New Zealand, invasive animal pests or weeds are almost always species that have been  introduced to the country.

Kaitiaki: a person who is active in the guardianship of the mauri of ecosystems.

Kaitiakitanga: active protection and enhancement of the mauri of ecosystems.

Mahinga kai: the customary gathering of food and natural materials and the places where those resources are gathered.

Mana: authority associated with the energies of the natural world and people; linked to mauri; can be lost, diminished or restored.

Mauri: the energy or binding force between physical and the spiritual environments.

Rahui: temporary restriction of use or access to a resource or place.

Rangatira species: critical species for the ecosystem functions they provide such as pollination and seed dispersal.  From Rangatira: a person of standing within the Māori community respected for their knowledge, skills and wisdom.

Sedimentation: the process of sediment deposition by wind or water, particularly in river, lake or coastal/marine environments.

Species: a group of organisms capable of interbreeding freely with each other but not with members of other species.

Tangata whenua: people of the land.

The diversity of life forms, so numerous we have yet to identify most of them, is the greatest wonder of this planet.

“It’s time to say: enough. Enough of brutalizing biodiversity. Enough of killing ourselves with carbon. Enough of treating nature like a toilet. Enough of burning and drilling and mining our way deeper. We are digging our own graves.”

António Guterres, the secretary general of the United Nations

It is that range of biodiversity that we must care for - the whole thing - rather than just one or two stars.