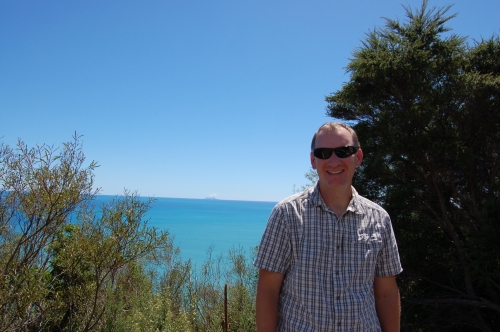 A holistic approach is needed to improve the aquatic biodiversity in our streams, Biodiversity Guardians of Hawke's Bay treasurer Nathan Burkepile says.

Mr Burkepile, who has a background in wetland and stream restoration, says that when work is done to restore streams, we are “actually making a change in biodiversity, and water quality”.

However, the challenging nature of streams means that the big picture often is not looked at and adhered to. While community groups and non-governmental organizations (NGOs) have done great work in restoring certain areas of the Karamu Stream, Mr Burkepile says more needs to be done.

Karamu Stream, which is 238 linear kilometres, is a critical catchment for Hastings District, as it drains water from horticultural land on the Heretaunga Plains plus the bulk of city stormwater to the Clive River which then flows into Hawke Bay.

The challenge that it, like many other streams face, is that there are “just so many issues to deal with”.

The issue with a stream going through an urban setting is that too much water flows through it because of impermeable surfaces which leads to flooding. Pollutants also get into the stream because of water runoff from gardens and land, while weedy plants, especially in Havelock North, also create problems.

“Our streams, especially around the Karamu, a lot of them have been captured as drains, people think of them as waste receptacles and they throw their garden waste and it becomes loaded with weeds like vines and willows because nobody has taken care of it,” Mr Burkepile said.

He envisions a time when the Karamu Stream is an oasis for biodiversity, with side channels, wetlands, woody debris in the water and overhead cover in the form of trees.

Not only would this attract native flora and fauna with “birds flying overhead and native fish swimming underneath,” but recreational activity too.

“When we get to this, we will have recreational values. People will want to go swimming, they’ll want to take their kayaks down and kayak, just imagine the tourism that we could have.”

The benefits of stream restoration go far beyond the parameters of the stream and have social and economic benefits, Mr Burkepile says.

“We know through a lot of studies that actually when we restore streams back to their natural conditions in urban areas, the property values increase as does human health.”

Five weeks ago, the Karamu Catchment Collective was formed, which brings together catchment groups in an attempt to work collectively to improve water quality in their catchments.