Professor to share insights on biodiversity in Hawke's Bay 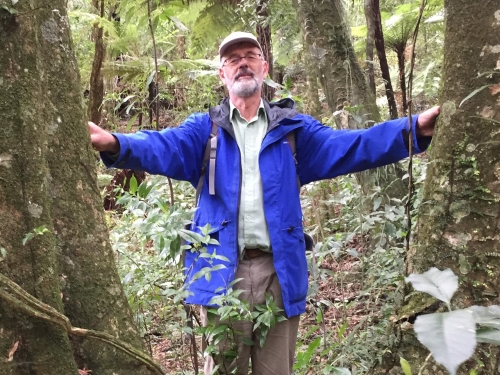 A leading New Zealand researcher will present possible solutions to the issue of biodiversity loss in Hawke’s Bay, at a public lecture at EIT this evening.

Professor Bruce Clarkson, Professor of Restoration Ecology at the University of Waikato, has dedicated the past 40 years to the field and has a long-standing interest in Hawke’s Bay.

His public lecture, ‘Biodiversity in Hawke's Bay - what's our future?’ will be held at 6pm on Monday, 2nd November at Lecture Theatre 1 on EIT’s Taradale campus.

It has been organised by the Hawke's Bay branch of the Royal Society of NZ, in conjunction with Biodiversity Hawke's Bay and The University of Waikato, while EIT has provided the venue.

The lecture will scope out the scale of the problem and focus on what the solution is.

Prof Clarkson says it will also “highlight why we need to take a regional-scale approach to restoration [and] why collaboration and a collective approach is so important”.

He says large parts of the country have continued to clear indigenous habitat, and while it is for economic reasons including farm developments and agricultural intensification, he believes “we’ve got to rebalance things”.

It is important to “create the habitat”, he says, as most of the habitat in modified systems do not provide the appropriate sorts of food and shelter that native birds need.

“Exotic trees are good for the landscape but they don’t produce, for example the nectar or the fruit, that out native birds have evolved with and require from native trees and shrubs.

“And if they are in very low numbers on the landscape, you don’t actually have the appropriate habitat to support them.”

He says restoration planting, riparian planting and building corridors are some examples of things needed to reinstate good indigenous biodiversity on the landscape.

He believes Hawke’s Bay is “one of the leaders in the country” in terms of a collaborative approach as to how biodiversity can be brought back at a regional scale.

“The goal of Biodiversity Hawke’s Bay really is to bring all of the relevant parties together because they all share the same common problem.

If everybody operates in their own silo, you will never achieve regional scale restoration and that’s particularly why I’ve been interested in supporting Biodiversity Hawke’s Bay.”

It is now a question of “how we scale it up”.

“We sort of know what the main things are that we need to do but it always comes back to resources at the end of the day and the way we make decisions about how we prioritise how much we’re going to do.”

He has also been trying to raise awareness of the need to bring nature back into urban environments.

He has worked with the Napier City Council for about five years and he will attend a meeting at the Hastings District Council on Tuesday to provide insights on how to bring native birds
and plants back into urban settings.