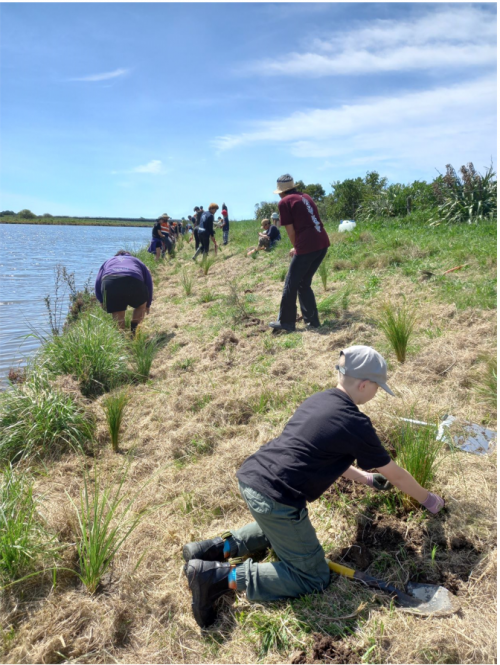 Biodiversity Hawke’s Bay has opened its 2022 funding round to support local community groups with biodiversity restoration projects across the rohe.

Grants of between $1,000 and $5,000 will be awarded to applications with high biodiversity value, and those that engage or educate communities in biodiversity restoration.

Last year the 'for purpose' organisation supported community lead projects across the rohe from Wairoa to Maraetotara, including planting, trapping, possum control and educational tools.

“No one entity, government department, organisation or community group can restore our precious biodiversity alone. Collaboration is the key, and our role is to work with, and on behalf of, the community to deliver on the objectives of the Hawke’s Bay Biodiversity Strategy 2015 – 2050”, says Ms Monahan.

Te Wai Mauri Trust were one of the successful applicants in 2021 with funds used to enhance riparian and wetland planting in the Waitangi stream eastwards to the Waitangi Regional Park and Atea a Rangi.

Lisa Tong, office manager at Te Wai Mauri Limited says it is a priority for Ngāti Parau to engage in activities that restore the mauri of the Tūtaekurī awa.

“This grant from Biodiversity Hawke’s Bay, enabled Ngāti Parau to complete an extension to the Waitangi Wetlands. Kaitiaki Rangers from Te Wai Mauri Limited, prepared the site for planting and worked alongside rangatahi to plant the native rakau.

Riparian plants including Oioi, Toetoe, Purei and Makaka were purchased from Plant Hawke’s Bay for this project, through funds provided by Biodiversity Hawke’s Bay. This work will further enhance the efforts underway to protect habitat in the wetland and estuarine areas and restore it to a place of abundant mahinga kai, says Ms Tong.

“There is some amazing mahi happening out there and we want to help support and grow this momentum,” says Ms Monahan.

More information and application forms are on the Biodiversity Hawke’s Bay website – www.biodiversityhb.org