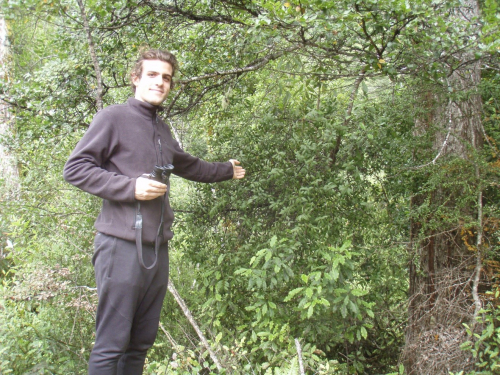 Native mistletoe are thriving in the Maungataniwha Native Forest with input from a contestable grant received from Biodiversity Hawke’s Bay last year.

The Forest Lifeforce Restoration Trust was one of six successful recipients of the grant, which was used to purchase AT-220 traps to suppress possum numbers to allow the continued recovery of mistletoe, native bird species and other possum-threatened species.

The Maungataniwha Native Forest comprises 6,120 hectares of native forest straddling the ridge system between the Te Hoe and Waiau Rivers in northern Hawke’s Bay. It is bordered to the north by Te Urewera and to the west by the Whirinaki Conservation Forest, both part of an extensive area of native forest which is publicly owned land administered by the Department of Conservation.

Pete Shaw, Forest Lifeforce Restoration Trust manager says the recovery of mistletoe within the forest due to the reduction of possum numbers has been, and continues to be, quite remarkable.

“There are three beech-hosted species of mistletoe present: Peraxilla colensoi, Peraxilla tetrapetala and Alepis flavida. All three species have gone from being almost non-existent to now being almost common in some parts of the native forest,” says Mr Shaw.

“Possum control has also seen a huge increase in the number and species of native birds in the forest which contains all of the North Island forest bird species except for kokako and weka. Many of these species, including kaka, are directly threatened by possum predation, something many people are unaware of,” says Mr Shaw.

Biodiversity Hawke’s Bay general manager Debbie Monahan says there was strong interest in the fund, and we have seen fantastic biodiversity gains across the region, from pest control to native planting and riparian and wetland restoration work.

Biodiversity Hawke’s Bay hopes to be able to offer this contestable fund again in 2022.