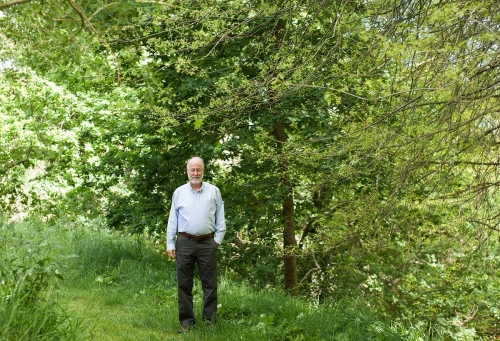 Confronting three different disasters, we have seen the Prime Minister rise admirably to the occasion.

The Christchurch mosque massacres, the eruption of Whakaari White Island, and the Covid-19 pandemic have been characterised by rapid governmental response, led by Prime Minister Jacinda Ardern’s effective and calming public presence.

These disasters share some distinctive traits. They arose abruptly. The lethal dangers to an unsuspecting public were clear and easily comprehended. Failure to act would have been a massive betrayal of responsibility.

The public expected strong leadership from the Government in each case … and got it. Who wouldn’t pay attention to a gunman on the loose killing dozens or an exploding volcano or a disease that might, as in 1918, kill 9,000 New Zealanders and over 20% of the population of Samoa?

In early December, Ms Ardern loudly proclaimed a fourth emergency. On the surface, the proclamation of a Climate Emergency appeared to be a bold move for the Labour Government and for our country.

The message was well-crafted, timed to perfection. The world’s press applauded the Prime Minister. Soon, though, the tide turned, with a growing chorus of critics calling the Prime Minister’s declaration a publicity stunt with little substance. More like: Go slow, go easy.

Even teenage activist Greta Thunberg questioned the Government’s rhetoric versus its response to climate change. “In other words, the Government has just committed to reducing less than 1 per cent of the country’s emissions by 2025,” Thunberg said in the tweet.

Why such a different response this time?

The climate emergency is no less genuine than the earlier three, but its reality has emerged slowly, over a matter of decades rather than hours or days. The dangers seem less obvious and less immediate, and the scope is so enormous that they don’t elicit the same fear as an instantly emerging disaster.

The Climate Emergency is a long-haul disaster. A meaningful national response will require a different form of leadership from both present and future governments, with sustained committed action across all sectors of government and society over many decades. Beginning now.

The Prime Minister has shown masterful skills in leading previous crises, but she will lose public support if she doesn’t adapt to a time frame more akin to a wartime effort than to a traffic crash.

Critiques of the Draft Advice are already emerging. The commission will consider submissions, then issue its final recommendations by May 31. The Government must then set forth its climate programme by December 31, bound to consider but not necessarily adopt the commission’s pathways. The ‘Climate Emergency’ wheels turn slowly.

How the Government leads the developing national plan may be as important as the substance of the plan.

Whatever the substance of the final plan, here are four ways I’d like to see this Government undertake leadership of our real and urgent Climate Emergency to give the plan a greater chance of success:

First, continue to make a convincing case. Inform the public about the causes of the emergency and consequences of inaction. Like the Covid-19 pandemic, this emergency is global. We can’t solve it alone, but to sustain public support, we need to understand the causes and why our proposed actions matter.

Second, act now and be brave. Address the urgency of the Climate Emergency with immediate action. Impacts on the economy, agriculture, public health, and the environment are happening now and will get worse.

Every ministry and government agency should have a visible plan that supports the overall response. These should also inform the public about actions individual citizens can take, as with the Covid-19 notices on every public building and business. Now, only the Ministry for the Environment addresses the emergency on its home page. Why?

The reality of climate change is far more frightening than Covid-19. Its impacts will be many times greater, they are here now, and they will increase for many years before declining. They require action now.

Fourth, place environmental justice at the forefront of national action. The least advantaged of society are always the most adversely affected in crises. Make sure the national response also reduces economic inequality and creates a better future for all New Zealanders, not just the wealthy.

Reducing our national climate emissions footprint will benefit business, agriculture, and biodiversity. Government actions that reduce economic inequality can build public support and a consensus to pursue our plan for decades.

Beyond her formidable communication skills, the Prime Minister is strongly positioned to lead urgent climate action. She has the mandate of a real majority in Parliament. Her challenge is not only to develop a strong plan for addressing the Climate Emergency, but also to rise to the new challenges of a long-haul crisis – communicating in a way that builds a national consensus and sustained, intergenerational commitment.

Charles Daugherty is Emeritus Professor of Ecology, Victoria University. Awarded an ONZM for his work on tuatara ecology and management. A former trustee of Zealandia, he’s involved with Biodiversity Hawke’s Bay since retiring to Hawke’s Bay, serving as chair of the trust board, but writing in his personal capacity.