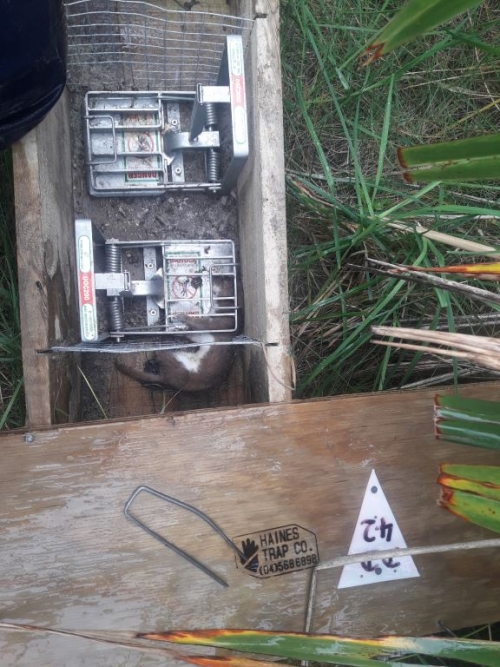 Listen to our community notice on Radio Kidnappers here.

A guided bushwalk and a pest control presentation will be two highlights of an event organised by Biodiversity Hawke’s Bay at Little Bush reserve near Napier this month.

Little Bush is a 12-hectare reserve located about 55km west of Napier. Despite its small size, the Little Bush Reserve is notable for the constant birdsong, particularly bellbird and tui. The reserve contains a broad mix of native plant species, including kahikatea, matai, rimu, hinau, lemonwood and pokaka, with several trees that are 500 years old.

The event, which is open to the public, will see local experts, Kay Griffiths of The Conservation Company; Rob Brenstrum of Central Districts Pest Control Ltd; NZ Landcare Trust’s Nathan Burkepile; and Beau Fahnle from Biosecurity and Biodiversity, Hawke’s Bay Regional Council, sharing their knowledge. This will include a pest control presentation and a chance to learn how to use many of the different traps and other tools used to control introduced predators. Those attending will also be taken on a guided bushwalk of the area, with a chance to learn more about the native species and local biodiversity.

“I would like to encourage anyone who has an interest in our natives and biodiversity to join us for what will be a very good day.”

The event starts at 10am, with carpooling from 9am at Puketapu, and is set to end at about 3pm.