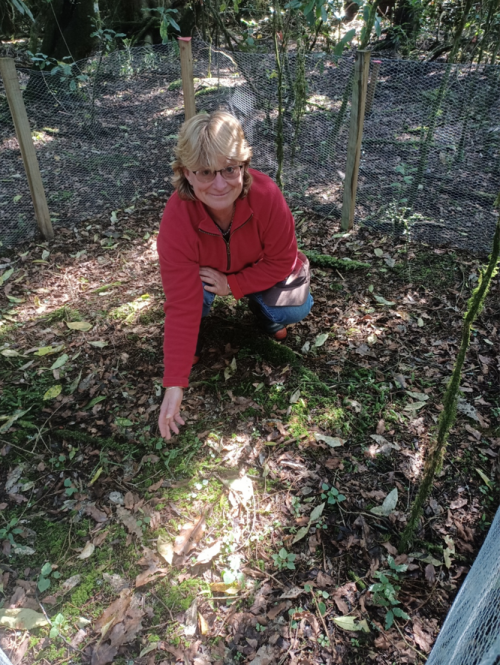 Funding from Biodiversity Hawke’s Bay enabled six rabbit exclosure plots to be built at Puahanui Bush in 2019 to measure the impact of rabbit browsing on this significant podocarp forest.

“Damage caused by rabbits and hares has long been acknowledged to be a major contributor to the decline of native vegetation in New Zealand,” says Puahanui Bush project manager and ecologist Kay Griffiths, however, there hasn’t been a lot of data recorded specifically about the impacts on shrublands or forest.

“Rabbits will eat virtually any plants when hungry, but prefer seedlings and saplings, and like many browsers will eat the most palatable first,” says Griffiths.

Biodiversity Hawke’s Bay general manager Debbie Monahan says this project is a great example of how we can support local community initiatives to get off the ground. Kay is passionate about biodiversity and committed to the restoration of the Puahanui Bush and it’s an honour to support the Gwavas - Puahanui Charitable Trust in the work they do to manage and restore the bush.

“Data from the plots, remeasured after one year, confirmed our observations, that rabbits and hares are having a measurable impact on seedling recruitment and survival within Puahanui Bush,” says Kay Griffiths. While deer and pigs are also likely to be having an overall impact on seedling and sapling recruitment and survival, rabbits are currently the most numerous of these browsers.

“The results and this data have been instrumental in confirming the observations we have seen on the ground,” says Griffiths.

“To ensure these ecosystem processes are re-established within Puahanui Bush, rabbits must be controlled to zero density within the Bush,” says Griffiths.

Kay Griffiths will be including the data collected in this experiment to support applications for additional funding for rabbit proofing and control in the Puahanui Bush.

Photo: Landowner Phyll Gibson in the exclosure looking at the growth of seedlings